The tradition of exchanging engagement rings goes back thousands of years and its origins range from merely practical to wonderfully romantic. Depending on who you ask, some believe engagement rings to have deep symbolic significance…while (cynical) others see it as the result of clever marketing.

Here are some interesting facts on how the engagement ring has become what we know it to be today:

The First Exchange of Rings

The Egyptians saw circles as a symbol of eternity. Couples exchanged rings that were made from braided reeds and worn on the left-hand ring finger. This came from the belief of a vein running from that finger directly to the heart.

Instead of giving the bride a valuable object, Romans in the 2nd century B.C. began giving betrothal rings. While that might sound romantic, it was actually there to be a symbol of “ownership.” The bride would wear a gold ring during the betrothal ceremony and at special events. When she was at home, she would switch to an iron ring.

It’s believed that the first engagement ring was given in 1477 by Archduke Maximillian of Austria to Mary of Burgundy. This was credited with sparking the trend of diamond rings among European aristocracy and nobility.

During the 16th and 17th centuries, many wore gimmel rings. These are rings that are made of two interlocking parts. Once engaged, both the future bride and groom would wear one part. Then, on the day of the wedding, the groom would place his ring on the bride’s finger to “reunite” the matched set.

In the 19th century, people of the Victorian Era would give rings that mixed diamonds and other gemstones with precious metals and enamels. These ornate designs were often crafted in the shape of flowers and were dubbed “poesy rings.” This tradition continued into the following Edwardian Era by pairing diamonds with other jewels commonly mounted in filigree settings.

A Diamond is Forever Campaign

Post-World War II saw the beginning of one of the longest-running ad campaigns in the jewelry industry. De Beers, the largest diamond exploration and mining company in the world, began using the now-famous slogan “A Diamond is Forever.” This dual-meaning spoke to the durability of a diamond and also to the notion that, like diamonds, a marriage is forever. To give a diamond engagement ring was a commitment to being together ‘till death do us part.

Prior to World War II, often only the woman wore the wedding ring. During the war, when soldiers would be away for months (even years), many men would wear a ring to remember their wives while stationed abroad and as a sign of commitment. This tradition became popular among civilians back home and would eventually become common practice for both groom and bride to wear a ring.

Today, engagement rings are in many styles and here are a few of our favorites: 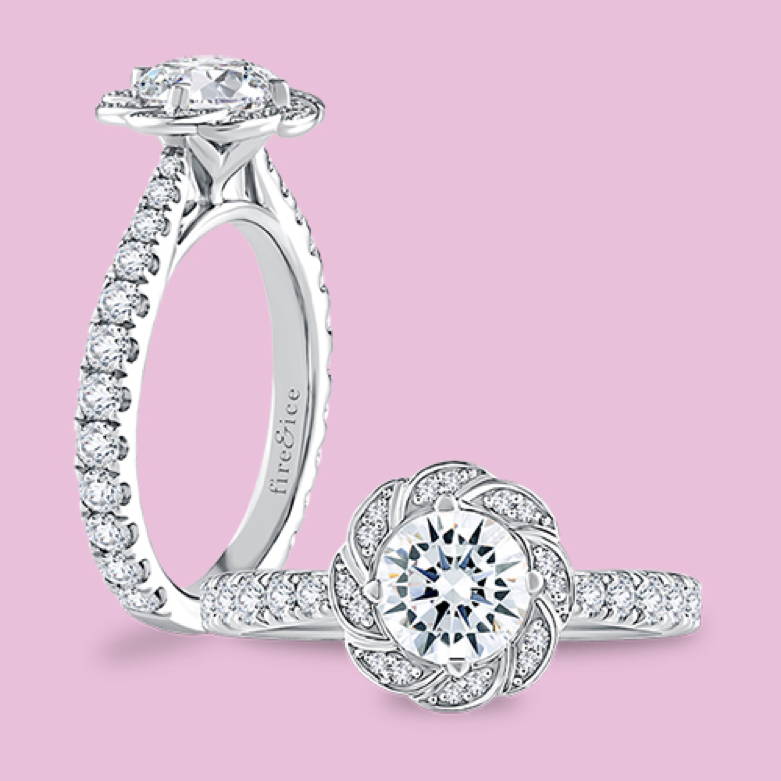 Also in 18K white gold with diamonds graded near colorless. 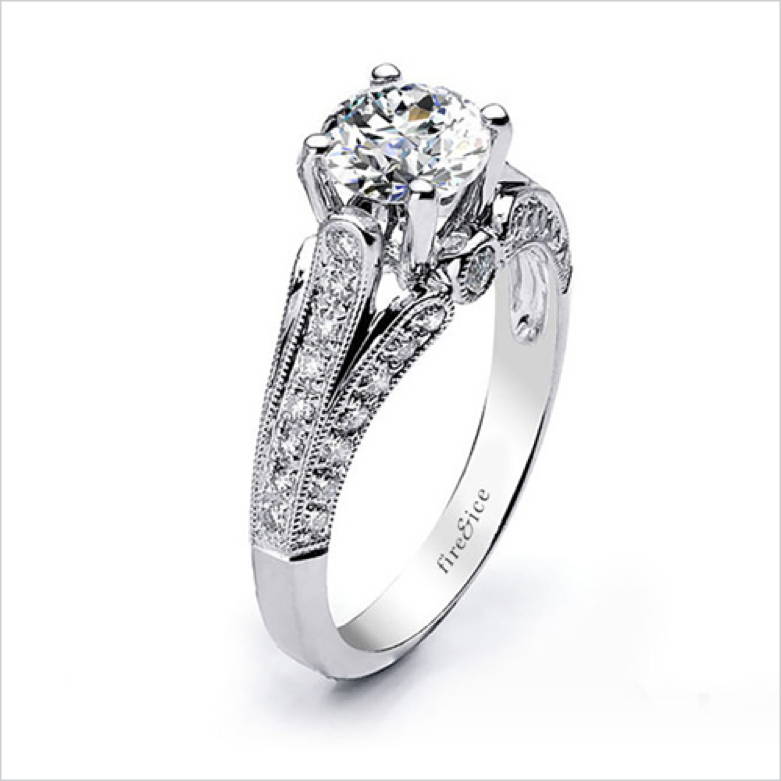 In this Hearts On Fire engagement ring, two perfectly cut diamonds are stacked to create the appearance of a large teardrop shape, surrounded by a breathtaking halo. They are set on a solid metal band that makes this ring both unique and sparkling. 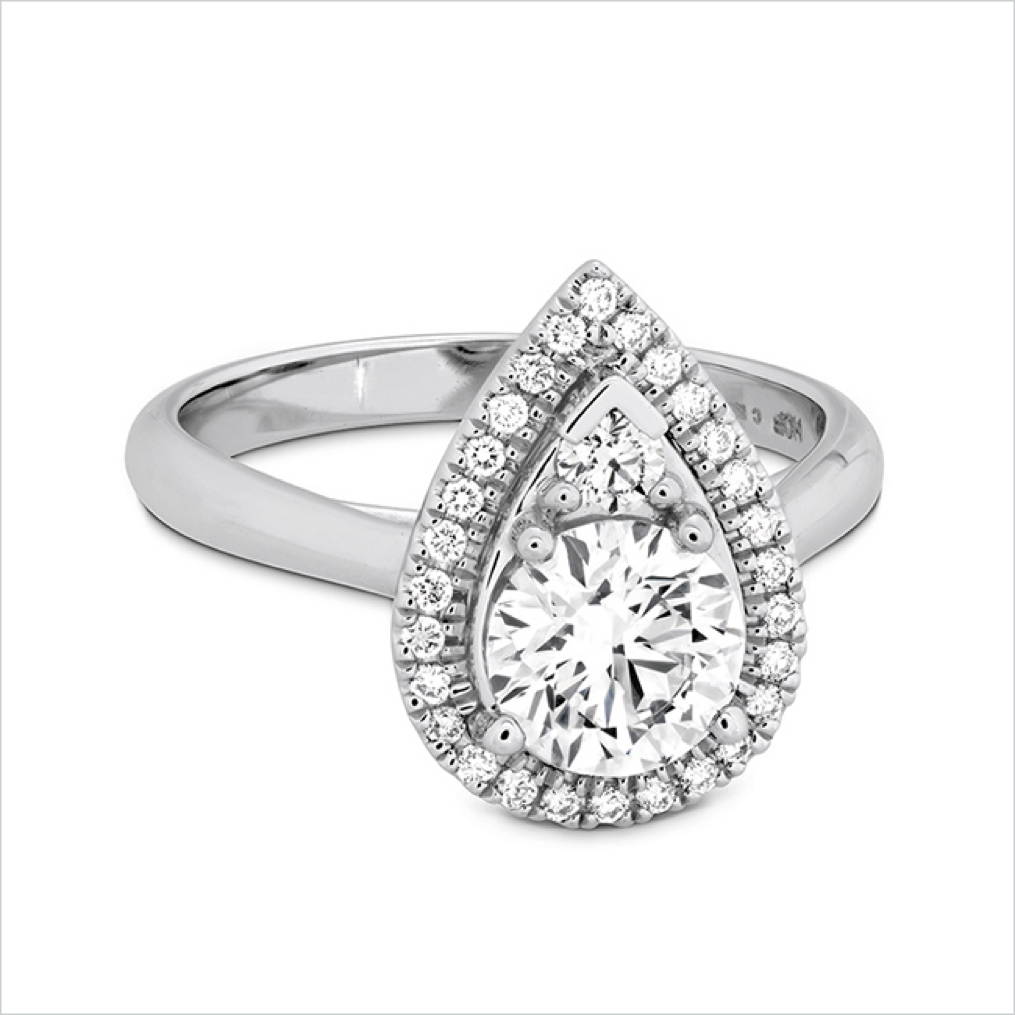 We always love to help young couples find an engagement ring that fits their style and budget. Whether you are shopping alone to surprise your fiancée, or you are making it a team effort…our staff is ready to help you choose a fantastic engagement ring. Explore a sample of Sylvan's engagement rings here and in-store.