It is one of the more mysterious gems, and the story behind opals is just as captivating as its intricate colors. Opals are an immediate conversation starter and have the unique ability to cross the divide between Bohemian and elegance. Congratulations to October babies! You have one amazing gem you can call your birthstone.

The name “opal” can be traced back to the Greek word “opallios,” meaning “to see a change in color.” It is also connected to the Sanskrit word “upala,” which simply means “valuable stone.” Ancient Romans felt that opals symbolized love and hope, but don’t expect that to work on everybody. Some believe that the good things that come from opals are completely turned around if the gem is worn by someone who was not born in October.

The novel Anne of Geierstein by Sir Walter Scott first suggested this negative superstition in the 1800s. The “bad luck” rumor was also believed to have been invented to temper sales of opals, which were beginning give diamonds some serious competition at one time. Whether it is seen as good luck or bad luck, opals have always been seen as one of the most magical of gems as it shows all of its colors. 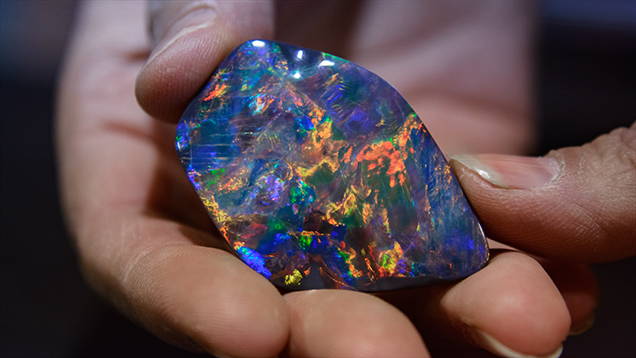 While opals can be found in Africa, the Americas, and parts of Asia, opal’s country of origin is Australia. Australian legend tells stories of the Creator coming to Earth on a rainbow, accounting for the spectrum of colors found in an opal. Greeks would say opals were the “tears of Zeus,” and Romans believed them to be the most precious stone because they contained all the colors.

According to science, opals are the result of seasonal rains that drench the dry ground in the Australian outback and other similar semi-dessert regions. In the 1960s, scientists found that microscopic spheres of silica bending and diffracting light were the source of the splash of colors in opals. The flashy ones are called “precious opals,” while those without the unique play-of-color are called “common opals.” 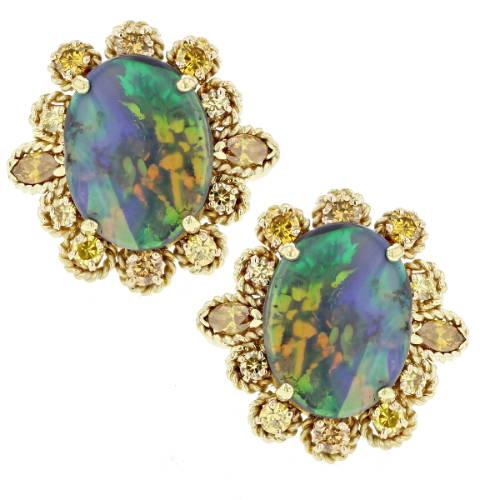 There are five main types of opals:

From science to superstition, the birthstone of October babies has a great story to tell!